The road taken : the history and future of America’s infrastructure April 2017 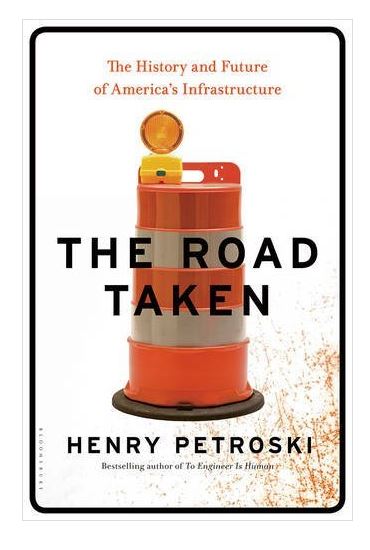 Physical infrastructure in the United States is crumbling. The American Society of Civil Engineers has, in its latest report, given American roads and bridges a grade of D and C+, respectively, and has described roughly sixty-five thousand bridges in the United States as “structurally deficient.” This crisis–and one need look no further than the I-35W bridge collapse in Minnesota to see that it is indeed a crisis–shows little sign of abating short of a massive change in attitude amongst politicians and the American public.

In The Road Taken, acclaimed historian Henry Petroski explores our core infrastructure from historical and contemporary perspectives and explains how essential their maintenance is to America’s economic health. Recounting the long history behind America’s highway system, Petroski reveals the genesis of our interstate numbering system (even roads go east-west, odd go north-south), the inspiration behind the center line that has divided roads for decades, and the creation of such taken-for-granted objects as guardrails, stop signs, and traffic lights–all crucial parts of our national and local infrastructure. His history of the rebuilding of the San Francisco-Oakland Bay Bridge reveals the complex and challenging interplay between government and industry inherent in the conception, funding, design, and building of major infrastructure projects, while his forensic analysis of the street he lives on–its potholes, gutters, and curbs–will engage homeowners everywhere.

A compelling work of history, The Road Taken is also an urgent clarion call aimed at American citizens, politicians, and anyone with a vested interest in our economic well-being. The road we take in the next decade toward rebuilding our aging infrastructure will in large part determine our future national prosperity. 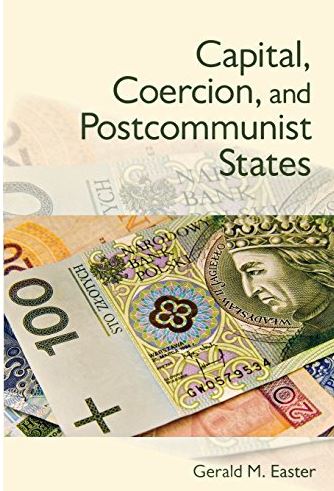 The postcommunist transitions produced two very different types of states. The “contractual” state is associated with the countries of Eastern Europe, which moved toward democratic regimes, consensual relations with society, and clear boundaries between political power and economic wealth. The “predatory” state is associated with the successors to the USSR, which instead developed authoritarian regimes, coercive relations with society, and poorly defined boundaries between the political and economic realms. In Capital, Coercion, and Postcommunist States, Gerald M. Easter shows how the cumulative result of the many battles between state coercion and societal capital over taxation gave rise to these distinctive transition outcomes.

Easter’s fiscal sociology of the postcommunist state highlights the interconnected paths that led from the fiscal crisis of the old regime through the revenue bargains of transitional tax regimes to the eventual reconfiguration of state-society relations. His focused comparison of Poland and Russia exemplifies postcommunism’s divergent institutional forms. The Polish case shows how conflicts over taxation influenced the emergence of a rule-of-law contractual state, social-market capitalism, and civil society. The Russian case reveals how revenue imperatives reinforced the emergence of a rule-by-law predatory state, concessions-style capitalism, and dependent society. 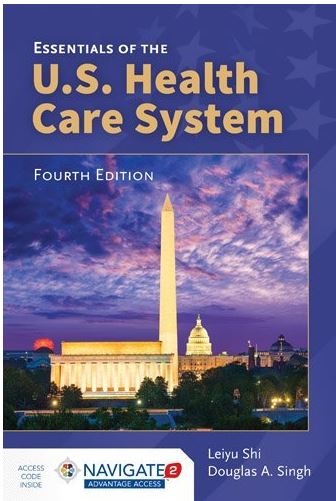 Essentials of the U.S. Health Care System, Fourth Edition is a clear and concise distillation of the major topics covered in the best-selling Delivering Health Care in America by the same authors. Designed for undergraduate and graduate students in programs across the health disciplines, Essentials of the U.S. Health Care System is a reader-friendly, well organized resource that covers the major characteristics, foundations, and future of the U.S. health care system. The text clarifies the complexities of health care organization and finance and presents a solid overview of how the various components fit together. Readers will gain the necessary tools to understand the unique dynamics of the U.S. health care system, including health care delivery, public policy, and the placement of the U.S. health care system within the larger context of global health care. This fully revised Fourth Edition has been updated with the most current health statistics and information including: • The status and impact of the Affordable Care Act on all parts of the health care delivery system • Implementation of Healthy People 2020 • The current U.S. physician workforce and challenges • New topics such as nanomedicine; clinical decision support systems; HITECH Law; update on remote monitoring; regulation of biologics; and medical technology • Health disparities in terms of access to care, quality of care, and health outcomes • Quality initiatives from government and private sectors • U.S. health care delivery in the context of forces of future change 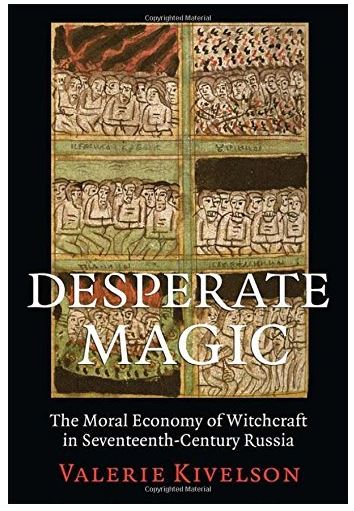 In the courtrooms of seventeenth-century Russia, the great majority of those accused of witchcraft were male, in sharp contrast to the profile of accused witches across Catholic and Protestant Europe in the same period. While European courts targeted and executed overwhelmingly female suspects, often on charges of compacting with the devil, the tsars’ courts vigorously pursued men and some women accused of practicing more down-to-earth magic, using poetic spells and home-grown potions. Instead of Satanism or heresy, the primary concern in witchcraft testimony in Russia involved efforts to use magic to subvert, mitigate, or avenge the harsh conditions of patriarchy, serfdom, and social hierarchy.

Broadly comparative and richly illustrated with color plates, Desperate Magic places the trials of witches in the context of early modern Russian law, religion, and society. Piecing together evidence from trial records to illuminate some of the central puzzles of Muscovite history, Kivelson explores the interplay among the testimony of accusers, the leading questions of the interrogators, and the confessions of the accused. Assembled, they create a picture of a shared moral vision of the world that crossed social divides. Because of the routine use of torture in extracting and shaping confessions, Kivelson addresses methodological and ideological questions about the Muscovite courts’ equation of pain and truth, questions with continuing resonance in the world today. Within a moral economy that paired unquestioned hierarchical inequities with expectations of reciprocity, magic and suspicions of magic emerged where those expectations were most egregiously violated.

Witchcraft in Russia surfaces as one of the ways that oppression was contested by ordinary people scrambling to survive in a fiercely inequitable world. Masters and slaves, husbands and wives, and officers and soldiers alike believed there should be limits to exploitation and saw magic deployed at the junctures where hierarchical order veered into violent excess.