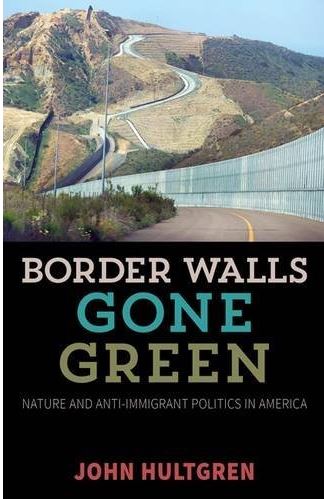 How is it that self-identified environmental progressives in America can oppose liberalizing immigration policies? Environmentalism is generally assumed to be a commitment of the political left and restrictionism a commitment of the right. As John Hultgren shows, the reality is significantly more complicated. American environmentalists have supported immigration restrictions since the movement first began in the late 1800s, and anti-immigration arguments continue to attract vocal adherents among contemporary mainstream and radical “greens.”

Border Walls Gone Green seeks to explain these seemingly paradoxical commitments by examining what is actually going on in American debates over the environmental impacts of immigration. It makes the case that nature is increasingly being deployed as a form of “walling”—which enables restrictionists to subtly fortify territorial boundaries and identities without having to revert to cultural and racial logics that are unpalatable to the political left. From an environmental point of view, the location of borders makes little sense; the Mexican landscape near most border crossings looks exactly like the landscape on the American side. And the belief that immigrants are somehow using up the nation’s natural resources and thereby accelerating the degradation of the environment simply does not hold up to scrutiny. So, Hultgren finds, the well-intentioned efforts of environmentalists to “sustain” America are also sustaining the idea of the nation-state and in fact serving to reinforce exclusionary forms of political community.

How, then, should socially conscious environmentalists proceed? Hultgren demonstrates that close attention to the realities of transnational migration can lead to a different brand of socio-ecological activism—one that could be our only chance to effectively confront the powerful forces producing ecological devastation and social injustice.